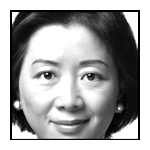 Want a smooth, stubble-free bikini line without the hassle of constant shaving and waxing? Getting rid of your pubic hair can have lasting health benefits as well as improving your sex life.

When it comes to body hair down there, you might have gone backwards and forwards on whether to keep it, trim it or remove it completely. The truth is, what’s deemed ‘sexy’ or ‘trendy’ even for this most private area of your body changes just like other fashions and styles. More so, what’s right for you will change over time. It might even be influenced by your partner.

From the landing strip to the Brazilian to the Hollywood, there is an almost dizzying array of options for taming and pruning your most sensitive areas when you take a trip to the salon. Almost as many as there are for the hair on your head! But, what if you’re flirting with the idea of daring to bare (all that is) by removing pubic hair entirely?

Let’s face it, now more than ever society is open and your personal grooming choices no longer are hidden away. Glossy magazines are full of tips and trends for even this most delicate of areas and you probably have heard whispers or read articles or blog posts – perhaps even been told by friends – that ditching the landing strip and going completely smooth can really ratchet up the heat between the sheets.

So, if you’re intrigued by the thought of removing your pubic hair to breathe some fresh heat into your sex life, read on for the full 411 as told to our hair removal experts…

First things first, does pubic hair have a function?

It has to be said, the human body is a pretty amazing thing. All the parts work together to do what needs to be done, and everything has a purpose. Even the most minor detail or feature has evolved over thousands of years and that’s a pretty incredible thought.

Should we say though that almost everything is pretty amazing and functional? We no longer need an appendix for example but unless you’ve had it removed by surgery, we all have them. In the same vein, while it is obvious that your eyelashes and nose hairs for example protect the eyes and noses from stuff getting in them and irritating or damaging them, can the same safety feature reallllly be applied to pubic hair?

Over the years, clever scientists have come up with a few theories about the possible purpose of pubic hair, but truth be told, it still remains somewhat of a mystery.

One doctor says, “Pubic hair does have a purpose, providing a cushion against friction that can cause skin abrasion and injury.” Hmmm… isn’t that what underpants are for?

Another, Alyssa Dweck, M.D who is a New York gynaecologist says, “It can play a role in regulating temperature but more importantly, it is thought to trap pheromone scent from our natural perspiration, for sexual and partner attractiveness—who knew?” Errrr, ew!

Women’s health expert Dr Sherry Ross says there are lots of even odder theories, with some believing pubic hair serves to keep the genitals warm or protecting the groin area during exercise.

Unless there is an underlying health problem, humans don’t start to develop pubic hair until the beginning of puberty. This is the time when young people start to become sexually mature, and many scientists, including Robin Weiss of the University College London, think the hair is a signal of this. It is a visual sign to let someone know when a potential partner is able to procreate, and help propagate the species…

As the website for Columbia University’s health promotion program points out, men generally don’t have hair on their penises, and don’t have very much on their testicles. Since those parts are the most important ones when it comes to making new humans, we’re going to call this a pretty outdated reason for not removing hair around the bikini line given that none of us walk around in loincloths today!

Another theory suggests that pubic hair could exist to protect the genital areas, especially the vagina, from dirt, bacteria and viruses. This sounds a little more plausible until you consider that as per Scientific American, in recent years, as more people have trimmed or eliminated their pubic hair, incidences of pubic lice–more commonly known as crabs–have decreased.

So can you use hair free cream to remove it?

Of course! There is no medical reason to retain pubic hair and removing it isn’t detrimental to your health and wellbeing. In fact, gymnasts, models and other celebs have long since groomed their bikini area – so it’s not surprising that it’s now becoming mainstream.

While removing pubic hair can help you to feel cleaner and more hygienic down there (see Dr Dweck’s comments above!) and more confident when you pull on a pair of shorts, undress in the gym or wear a bathing suit and hit the beach, there’s one other major advantage … it can seriously turn up the heat between the sheets.

Is removing pubic hair the key to a hotter sex life? If you’re ready to turn the heat up in the bedroom, a hair free bikini line can not only give your confidence levels a serious boost (and let’s not forget confidence is one of the sexiest traits in a man or woman), it can also really ramp up the romance.

According to a study in the US, 60% of women go or have gone totally bare, while 50% of men indulge in intimate hair removal too. It’s often done before getting frisky, with both men and women saying it helps them to feel less self-conscious and more self-confident, which is vital to turning up the temp and totally letting go in the boudoir.

Hairfree’s easy wipe on, wipe off non-scented hair removal cream is specially formulated for removing unwanted hair around the bikini line and intimate areas for both men and women. The gentle, yet highly effective formula kills the hair and dissolves the root, leaving you smooth, hair free and without the painful blemishes, redness and irritation that having a bikini wax or using a razor to remove hair from around the vagina or penis can cause.

Use it to safely remove pubic hair without that irritating, prickly regrowth and look forward to a new lease of life in the bedroom!