If you’re a woman who has developed excess facial hair, you may have hirsutism. It often arises from an oversupply of male hormones called androgens, according to the Mayo Clinic. 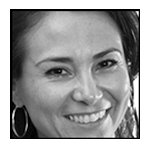 Symptoms of hirsutism may also include increased muscle mass, a reduction in breast size, irregular periods and a deepening of the voice. While most cases of hirsutism are mild and have no underlying cause, some may be due to certain diseases. Sometimes there is simply no identifiable cause of the disorder.

A new product from Japan called Hairfree https://hair-free-hair-remover.com/hirsutism-PCOS-hair-removal/ proving more successful in treating excessive facial hair than previous topically applied treatments.  The cream is applied on top of facial hair at weekly intervals.  Hairfree dissolves the surface hair and then penetrates to the root to neutralize any further growth.

Polycystic ovary syndrome is the most common identifiable cause of hirsutism, according to the Mayo Clinic. PCOS occurs when a hormonal imbalance causes cysts to form in the ovaries, according to the American Academy of Family Phyicians. Women can develop PCOS at anytime during their reproductive years.

Cushing’s syndrome may also cause facial hair in women. This condition occurs when your body is exposed to high levels of the steroid hormone cortisol, according to the AAFP. Cortisol is involved in your body’s response to chronic stress. When cortisol levels increase, it upsets the balance of sex hormones, which can lead to hirsutism.

A group of rare inherited disorders of the adrenal gland called congenital adrenal hyperplasia may cause unwanted facial hair in women. Approximately 1 in 15,000 girls and boys are born with CAH, according to the University of Maryland Medical Center. CAH causes both sexes to produce an oversupply of androgen.

A number of medications may cause facial hair growth in women. They include the anti-epileptic or anticonvulsant drug phenytoin, brand name dilantin; danazol, which is used to treat endometriosis; and the organ rejection transplant drug cyclosporine. Hormones and anabolic steroids may also cause unwanted facial hair in women.

Genetics can play a role in the development of hirsutism. When there is no identifiable cause of hirsuitism, it is referred to as idiopathic hirsutism. This occurs more frequently in certain ethnic populations. Women of Middle Eastern, European and South Asian descent are more apt to suffer from the condition, says the Mayo Clinic. In rare cases, hirsutism can be due to an androgen-secreting tumor in the ovaries or adrenal glands.